Umbilical Cord – what is it?

Umbilical Cord – what is it?

The umbilical cord is genetically part of your baby. When an egg is fertilised, it divides into two parts. One part becomes the embryo and the other becomes the placenta.

The embryonic cells under-go many changes, but one of the first things to happen is the yolk sac is formed. The yolk sac provides nutrients from the mother to the embryo, before the placenta is ready, a few weeks later.

How does the Umbilical Cord Develop?

The umbilical cord develops out of the yolk sac. The umbilical cord normally has two arteries, which carry blood that contains waste from the baby to the placenta. It also has one vein that carries oxygen and nutrients back to the baby. 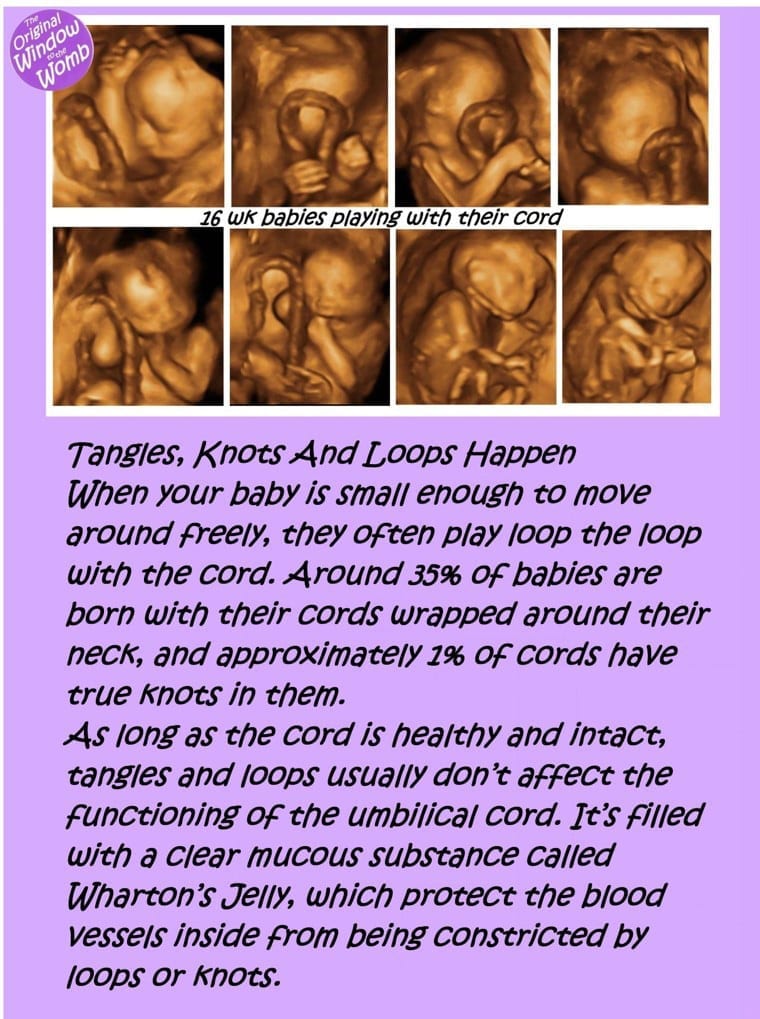 Baby can be seen on ultrasound playing with the cord.  They must get a lot of comfort from the cord as it pulsates with the blood flowing through it. We see babies cuddling, holding and sucking the cord on nearly every scan we do.

On a 4D scan we can see cord floating in the fluid around baby. It’s often wrapped around baby’s bodies, head and neck, but frequently moves as baby changes position.  Around 35% of babies are born with their cords wrapped around their neck, and roughly 1% of cords have true knots in them. Tangles, knots and loops don’t normally affect the functioning of the umbilical cord. A clear mucous called Wharton’s Jelly, protects the blood vessels from being constricted by loops or knots.

Umbilical cords vary in length, but are normally between 45 to 60 centimetres long.

When baby is born, the Wharton’s Jelly begins to shrink and harden. The blood vessels inside the cord are squeezed and closed off, naturally clamping the cord.

In the last trimester, your baby receives half a litre of blood every single minute through the umbilical cord. Your blood does not mix with your baby’s blood. The exchange of nutrients, oxygen and waste happens in the placenta. 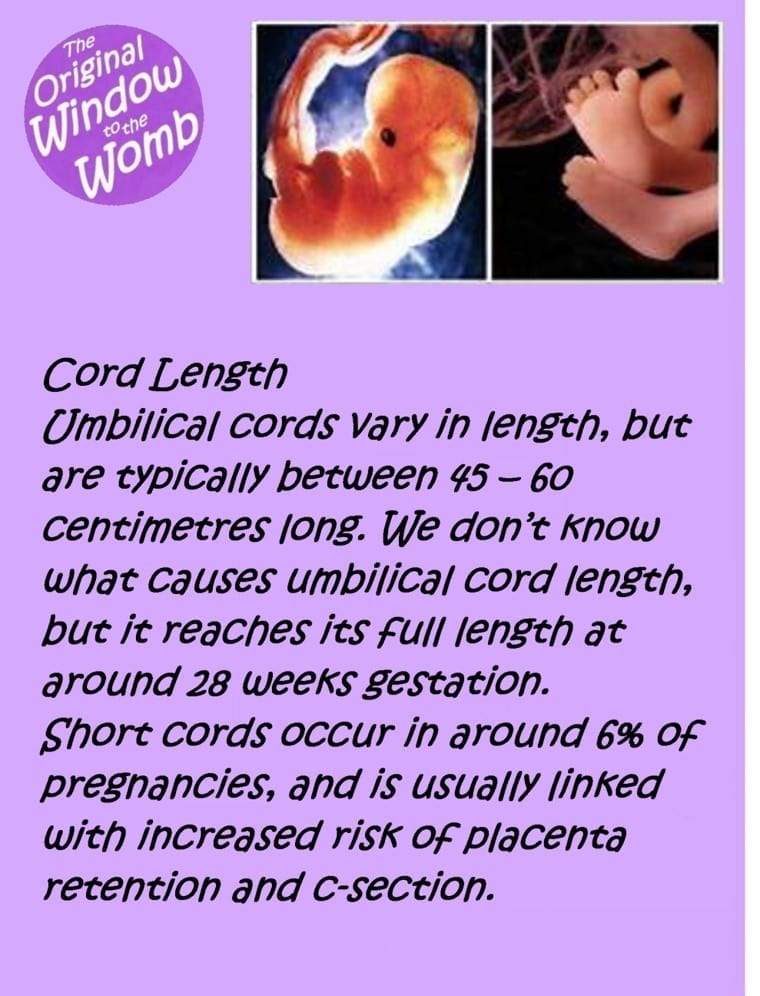 Identical mono-zygotic twins form when a single fertilised egg splits in two, and develops into two babies with the same genetic material. Around 1/3 of all twins are mono-zygotic.

When the egg splits, it determines if the twins will share a placenta or not. Twinning in the first four days results in separate placentas. Twinning after four days will result in a shared placenta, but each twin has their own umbilical cord.

'The Original Window to the Womb' was Established in 2003. We are committed to providing high quality, efficient and compassionate care to all of our families.

How do pregnancy tests work?

COVID 19 UPDATE
As of the 5th of May 2022 We are allowing Mum to be to now bring 4 guests. Mask wearing is optional.
Dismiss